Microsoft breaks own world record for IE nonsense – quite apart from the fact that HTML is designed to run non-“native”ly, and is platform-agnostic – i.e. it DOESN’T MATTER which platform you “run” it on (actually, being an interpreted language, it would be more accurate to say that it “doesn’t matter which platform you render it on”, but the difference may be a bit too complex for the non-geek audience), the fact that they are making such a big thing about it means a possibility of a number of different things: 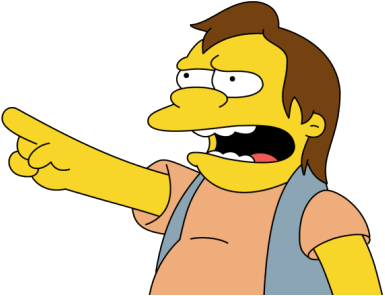 1) they are relying on the fact that you don’t know what this means… in other words, they are assuming that the consumer is stupid and will buy any new, shiny toy that the marketers wave under their noses.

this is an almost certain fact, since their job is to know what this stuff means. from engineers to marketers, they all have intimate knowledge of exactly what “native HTML5” means, they ALL know the phrase is essentially meaningless, and they are doing this PRECISELY because they know it will boost micro$not stock prices.

2) not only do they know what it means, they also know that even if it is explained to you, it won’t matter because, as i explained above, their interest is not in serving the customer, but how much money they can make. this is an extension of the “we don’t care, we don’t have to” attitude that micro$awft has developed over the past 20 years or so.

3) judging by the fact that, if you are currently running windows and IE, you HAVE code that renders this line of text as more than one line of text, in spite of the FACT that the HTML specification requires the escape sequence &nbsp; to render a “NON BREAKING space” (meaning that, instead of breaking a line, if you put &nbsp; in between words, they’ll all stay on one line, and cause “horizontal scrolling” instead) – a BUG which i reported IN 1997, and they still haven’t fixed it – the fact that they’ll eventually acknowledge that “native HTML5” means essentially nothing, is quite remote indeed.

(for those of you who are unfortunate enough to be running IE, the previous paragraph, from the number “3” to the phrase just before “a BUG…” should have rendered on one line, and you should see a horizontal scroll bar at the bottom of your browser window, because of the “non-breaking spaces” i put between the words)

why should they? it doesn’t make any difference, and it raises the bottom line, which was the goal all along.