Earthquake Threat to Nuclear Reactors Far Higher Than Realized – forget about fukushima, we’ve got our own problems… that aren’t being reported in the news around here… 😐

They Hate Us Because We’re Hypocritical Idiots – i’ve been saying exactly the same thing since 2001… finally other people are beginning to say the same kinds of things… maybe there is some hope for the world after all.

‘Contempt’ for Not Standing on a Broken Leg – but, after a day in jail with no medical attention, they dropped all the charges because the officer CLOWN implicated in the incedent “does not recall incident”… 😐 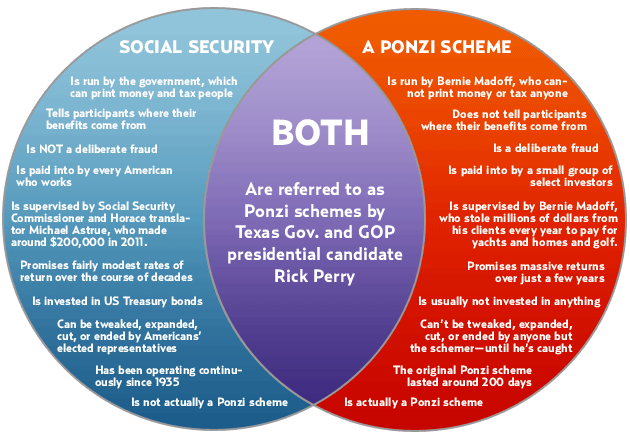 Social Security Is Not a Ponzi Scheme – “anyone who says that Social Security is a Ponzi scheme either misunderstands Social Security, misunderstands Ponzi schemes, is deliberately lying, or some combination of those…” also, Texas Gov. Perry Became a Millionaire While Serving in Office and Email purges, withheld documents shroud Governor’s Office from scrutiny and Understanding the nature of ‘anti-science’ criticism and Rick Perry Sent Letter On Immigration To Wrong Agency and Rick Perry’s demeaning abortion doctrine – and this guy wants to be our president‽‽ it’s getting to the point where the presidential candidates are so hopelessly moronic that i am actually hoping that one of them gets elected, just so i can watch the republicans who voted for them suffer through the inevitable multiple disasters that having them in office would create. 😐

U.S. issues worldwide 9/11 travel alert to Americans – despite “no specific or credible intelligence”, americans are ordered to be scared until january 2, 2012, just in case. More Americans Die From Intestinal Illnesses Than From Terrorism – it probably won’t do any good, though… 😐

An artist’s incendiary painting is his bank statement – okay, this is getting ridiculous… the guy is investigated for terrorism by the police clowns because he made an oil painting of a local bank, on fire??? it’s very much like the time the cops clowns interviewed me in a local grocery store because i was wearing a button that said I Am A Terrorist… maybe i should send a button to this guy… 😡

Without Insurance, 24-Year-Old Man Dies From Toothache, Couldn’t Afford Meds and Toothache Leads to Boy’s Death – they both would have lived if they had been able to afford relatively inexpensive treatment, but they couldn’t, because they didn’t have health insurance… they both had the right to die, and they both lacked the right to stay alive, but if either one of them had attempted to commit suicide, they would have been arrested immediately, and put in jail, where they would continue to live in agony, and probably die there, as well. is this really an ethical place to live, or do they do this to people just to torture them? 😡

Federal gestapo illegally raid Gibson Guitar factories, arbitrarily confiscate millions of dollars worth of wood used to make instruments – they conducted the raids because everybody knows that if you own a guitar, you must be a terrorist… more information here and here. 😡

Canada must bar entry to George W. Bush, or arrest him and ensure his prosecution for torture – FINALLY… maybe he’ll ignore this and actually get arrested this time…

Fraudulent Google credential found in the wild – it’s gone beyond “don’t be evil” at this point… and to go along with it, Evidence Suggests DigiNotar, Who Issued Fraudulent Google Certificate, Was Hacked Years Ago so it’s more than just google, and you should remove DigiNotar from your browser trust root…

5 Unexpected Places You Can Be Tracked With Facial Recognition Technology – and, if you’re a facebook member, there’s a good chance that your face has already been scanned and tagged… good thing i’m not a member…

Masked Protesters Aid Time Warner’s Bottom Line – ROTFLMAO!! that’s what they get for being “anonymous” by wearing a mask that was made famous in a movie… perhaps they’ll think a little bit before the next time they act… 8)