my blog’s birthday is today: it was on this day nine years ago that i left LiveJournal for good. i finally learned at least part of the lesson taught by Bacchus, in Bacchus’ First Rule of the Internet, which is, “Anything worth doing on internet, is worth doing on a server you own, and over which you have control.” 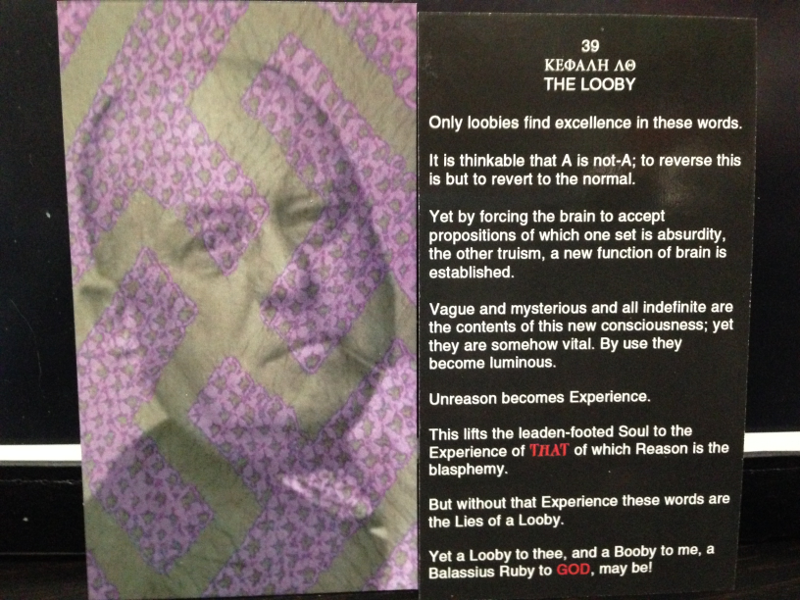 i don’t use facebook for a large number of reasons. primary among these is that, despite the fact that a lot of my current friends are facebook members, there are certain people from my past that might want to get in touch with me, and i would prefer it a great deal if they did not know how to get in touch with me. not being a member of facebook is a good way to accomplish that. among the other reasons, in no particular order, are these: Facebook users ‘are insecure, narcissistic and have low self-esteem’, Understanding the latest Facebook privacy train wreck, Top Ten Reasons You Should Quit Facebook, More Reasons Why You Should Still Quit Facebook and Does what happens in the Facebook stay in the Facebook? i’m not going to rant about this, despite the fact that i could rant for quite some time about facebook, because whatever i say, people are going to do what people are going to do, and one of those things is to use facebook in spite of it’s obvious and blatant flaws.

reminder: THIS is the reason why i am no longer using LiveJournal for anything remotely blog-related. i know enough about how these things work to realise that there’s probably a lot going on that i don’t understand, and that i don’t know about, but there’s one distinct advantage to having a blog located on a server over which you have exclusive control, and that is that you don’t have perverts sysadmins stalking poking their noses in where they’re not supposed to be. if you’re looking for an alternative, i can host your domain and you can run your own version of wordpress there, and i promise i won’t comment on flocked entries. contact me for more details.

Death by iPod – this is directly related to last week’s link detailing people still falling for scams, despite the fact that they’ve been running essentially the same scams for at least ten years… society needs a collective brain upgrade. examples: Google squirrels into human brains with Scribe experiment and Russia Uses Microsoft to Suppress Dissent

Windows malware dwarfs other viral threats – “The vast majority of malware – more than 99 per cent – targets Windows PCs”. another very good reason to use linux.

Stuffed Pony Blown Up By Bomb Squad Suspicious ‘FurReal’ pony blown up near elementary school – it was a battery powered, stuffed pony, in the vicinity of an elementary school… because the clowns at clownland security didn’t have anything better to do…

‘Don’t Ask, Don’t Tell’ Unconstitutional – this actually happened a few days ago, but i haven’t seen it in any of the regular news at all. the “christians” will say that it’s further evidence that they are a “persecuted minority”. meanwhile Self-Described ‘Christian Counterpart To Osama Bin Laden’ Arrested In Plot To Bomb Abortion Clinic and Self-labeled ‘Christian counterpart of Osama bin Laden’ allegedly planned clinic bombing – “christians” are the real terrorists.

What does it take to be happy? About $75,000 – money can’t buy happiness, but apparently $75k a year will get you pretty close…

New research restores psychedelics’ medical respectability – first they were used as medicine for thousands of years, then they decided that they have no medicinal value, now they’re saying that they might have medicinial value after all… i wish they’d just make up their minds and stop decieving us. sign The Vienna Declaration to advocate for evidence based drug policy and strengthen the call for policies driven by evidence. join the movement to end the failed war on drugs!

Cannabis Yoga – to help you come down from your stressful life. this is not a joke.

Noam Chomsky to become new X-Factor judge – this is a joke.

Vox is closing September 30, 2010 – that didn’t last long… they started vox after i left livejournal, which was a little more than two years ago…

i’m intrigued, though… they’re moving people to typepad and flickr rather than to livejournal… i wonder why…?

okay, now i’m REALLY glad i got out of there when i did. apparently 3 weeks or so ago, СУП/LJ announced “a joint program with Google AdSense that allows LiveJournal paid and permanent account holders around the world the chance to earn extra cash just by displaying ads on their journals.”

i wonder what brad would have to say about it… 8/