Dear Poor People, Thank You for Going Without Heat So We Can Buy Another Week of War

The Washington Legislature should legalize marijuana – this is great… now all we have to do is get people to believe it.

okay, i’ve been watching this back-and-forth argument between people who are decidedly against homeopathic medicine, and the law that recently came into effect in britain that makes it so that homeopaths are no longer covered by their national insurance (or something like that), and the new law in britain, that will make herbal medicines, which are currently banned, legal under a plan that will license them… and i haven’t really come down on one side or another, primarily because of the fact that i have personally experienced the effects of herbal and homeopathic medicines… and then i come across this article that says The drugs won’t work if you don’t believe in them, which talked about an experiment in which volunteers had a pain device applied under the influence of a powerful opiate-based painkiller, and their responses were, on average, 25% higher when they didn’t know that they were under the influence of a painkiller than they were when they did know, regardless of the fact that they had the pain killer throughout the entire experiment… which makes me wonder why it is that any type of medicine is more or less effective than any other. i’ve known for a long time that the placebo effect can accomplish some pretty miraculous effects that you wouldn’t necessarily expect, and it seems to me that, if a person believes that a certain kind of medicine – or non-medicine – will help them, then they shouldn’t be denied that medicne, regardless of what the expected effects of that “medicine” would be on that person without the belief. basically, if you believe it’s going to work, then you should be allowed to take it, and if it kills you instead, that’s nobody’s problem but your own.

US House votes extension of anti-terrorism powers – didn’t obama claim that if we elected him president he would do away with the patriot act? he lied… 😐

If captured, Bin Laden will be sent to Gitmo – wait, i thought that another one of obama’s campaign promises was to shut down gitmo… i guess he lied about that, too… 😐

also, Obama Administration Says It Can Spy On Americans, But Can’t Tell You What Law Allows It – it appears that Rev. Chumlee was correct in his conclusion that he’s one of the best republican presidents we’ve ever had… 😐

‘Kill Switch’ Internet bill alarms privacy experts – which causes more disruption, a theoretical “cyberattack” that potentially disrupts internet, or the law that creates an internet ‘kill switch’ and gives it to people who don’t know how and why to use it? Boffins devise ‘cyberweapon’ to take down internet – take note, egypt, algeria, america and anywhere else they’re talking of installing an internet ‘kill switch’: if you really want to take down internet, talk to geeks, ’cause they’ve already got it planned out… they’re also ready with the current internet’s replacement: The Next Net

10 Ways In Which Google Runs The World – don’t be evil… i remember when i was working at STL, in 1997, a colleague of mine told me about this new search engine i should check out, called google… fourteen years later, google rules the world. i would say that their company motto has outlived its purpose… i propose a new one, along the lines of “do be creepy and megalomaniacal”…

Defector admits to WMD lies that triggered Iraq war – does that mean that we can shut down the war and go home now? 😡

however, FBI: 100 Percent Chance of WMD Attack – apparently the FBI knows something we don’t… or something…

TSA Workers Admit To Stealing Huge Amounts Of Cash From Passengers – but don’t worry, they didn’t let any terrorists get through…

Homeland Security Won’t Even Admit Whether Or Not It Seized Mooo.com, Taking Down 84,000 Innocent Sites – homeCLOWN-land security is at it again, trying (or not) to shut down internet… 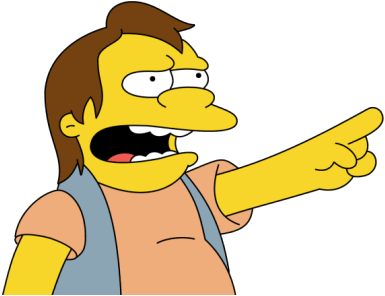 Mother of 3 Arrested for Taking Pictures of Tourist Attraction at Airport – this case is a frightening example of what can happen when an innocent photographer encounters ignorant bullies with badges. and, in a late-breaking update, Town of Southampton in Default – she won a $70 million lawsuit against them because the city attorney “forgot” to reply… karma’s a bitch… <nelson muntz voice>HAH HAH</nelson muntz voice>

Hosni Mubarak Not Dying, Had Breakfast on the Beach – even after he is stripped of power, he’s still powerful enough to lie to the media and have the media print his lies as though they were the truth… 😐

oh, and by the way… New Study Finds No Cognitive Impairment Among Ecstasy Users