for about 2 seconds… then it was irritating, frustrating and downright evil. EVIL i tell you… 😡

i woke up this morning and turned on my computer, only to discover that all of my web sites had been cracked by some adolescent script-kiddies from borneo who want the world to think that they’re dangerous terrorists.

i’m here to tell you that they’re not. they’re punk kids who use other peoples’ code to spray their graffiti and then “lulz” when people scramble to make it all right again. 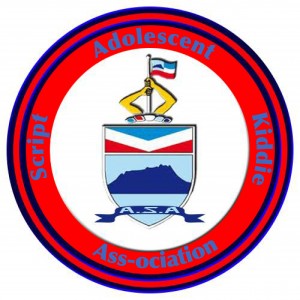 oh… by the way… i’m back up and running with my web sites intact, inside 12 hours, so regardless of how big a mess you made, I WIN!! 😐 in fact, it’s nifty enough that i can overlook the characterisation as a “singer” (the fact that “Fremont” is misspelled i’m going to attribute to an oversight, however)… i’m a tuba player, and proud of it, but that can definitely be overlooked in this instance… 😉

does anybody know what kind of bird makes that noise?

ETA: Catharus ustulatus otherwise known as Swainson’s Thrush. thanks, moe and her facebook. 😎

i thought i was fairly clear about my disapproval of “K2” and suchlike stuff, but this makes me wonder how muddied my explanation might be, without my knowing it… 😐

i got an email (for a change, most people call me with questions of this nature, which may be a sign that i overlooked) which said “Do you sell anything like K2?”. i responded with a link to the page mentioned above — http://www.hybridelephant.com/K2.php — and figured that would be the last i would hear from that particular potential customer…

which is fine with me, as far as i’m concerned. if someone wants to go out and poison themselves, instead of taking a substance that has never killed ANYBODY in recorded history*, i’m certainly not going to stand in their way, but i’m also certainly NOT going to sell them the poison, and i’m going to do my best to inform them that the substance they want to take, is, in fact poisonous, but if they’re still dead set, i’m not going to stand in their way…

but this is where it gets weird. i logged in this morning and found a response. the guy had written me back, and said “I checked the link but I didn’t see K2 for sale. Can you advise?”

so i responded, yet again:

the reason you didn’t see it is because it is not available from Hybrid Elephant. i do not sell things that are deadly poisonous if you ingest them.

if you want cannabis, go out and buy cannabis, don’t buy some erzatz knock-off
that might kill you. you’ll get ripped off, at the very least.

i hope that’s clear enough for him…

because if he writes me again, i’m going to LMAO at him…

ETA: he wrote back… LMAO! 😀 apparently he “can’t find cannabis” where he lives… it’s my guess that he’s too young to know where to look to begin with. either that or he simply hasn’t looked hard enough.

* i know there are spurrious reports of people who were using cannabis and died in a car crash, or that sort of thing, but, technically, those people didn’t die as a result of using cannabis, they died because of a car crash. the LD50 for THC is 1,270 mg/kg, which works out to over 115 grams of THC (not “of cannabis”) for a 200 pound person, in a limited period of time… which is not possible in this universe… seriously, more than 10 grams of cannabis in a limited period of time, and the 200 pound person that i am familiar with would most likely be asleep, and unable to ingest any more… 😉

in reality, there have been no deaths that come about as a direct result of using cannabis by a human being, in recorded history.

END_OF_DOCUMENT_TOKEN_TO_BE_REPLACED

one rehearsal monday, two rehearsals tuesday, a gig friday, a gig saturday and, possibly a gig sunday… this week…

i got two traffic tickets yesterday. one i can make go away by sending in a copy of my current insurance card (the old one expired a couple weeks ago, and i haven’t got the new one installed yet). the other one i can either pay, or pay close to the same amount to have it “deferred” for a year, during which time i have to get no other traffic tickets (which shouldn’t be a problem), and then it, too, “goes away”…

it strikes me as a not-so-sneaky way of getting the taxpayers to pay for things that their taxes should already pay for, but i’m on the receiving end of their “benificence” this time, so i really shouldn’t complain… too much…

so i realised, with all of the so-called “music” (which includes a lot of what the german people call Sprechstimme that is, very definitely, not what “ordinary people” — like my mother — would call “music” — but i say, forget them anyway) that i have been posting over the past few months, that i have enough “new” material to make a new album.

i even created a rudimentary web site which is eventually going to contain said album, along with my two (three?) other original albums…

eventually, because i still haven’t been able to figure out how to separate my “Saint Fred” stuff from the And More stuff that i already have there…

it’s not there yet, but it will be soon… hopefully as soon as the bandcamp folks get back to me and explain where they screwed up… 😉

i was expecting a package on friday. friday came and went, and there was no package. apparently the postal delivery person wasn’t our “regular” postal delivery person, who knows that packages get delivered behind the gate, because we got a slip in our mailbox when we got home, that said that the package was available for pickup at the (third-most distant) post-office after saturday…

which was okay, because we were at the beach until saturday anyway, so i went down to the (third-most distant) post-office today and picked up the package. it was fairly large, which was exciting, but it was suspiciously light, which could mean a number of things, not the least of which were it not containing what i was expecting, or the fact that what i was expecting was made out of expanded polyurathane foam… neither of which turned out to be true, strangely enough.

i opened the package…

to find a smaller package and a whole bunch of air-pillow packing doodads… which is actually really cool in itself, because i use air-pillow packaging materials when i send out packages of incense, and the air-pillows are the small variety that i use all the time.

inside that package i found

more packaging materials, and another box…

which was really jammed in there solidly. it took several minutes and a great deal of cursing to get it free without harming the inner box…

an expanded polyurathane foam insert that was also EXTREMELY difficult to remove. the urgency for removing it carefully was emphasised by the cryptic japanglish note that said

TO AVOID DAMAGE WHEN UNPACKING PLEASE HANDLE THE MAIN BODY OF THE ITEM DO NOT PULL THE ITEM OUT FROM THE FRAGILE PART PLEASE UNPACK WITH CARE
Please unpack the product with care to avoid damage and injury. The product is packaged:
☐ With ______ pcs of accessories       ☐ Without accessory

it’s a cold-cast bronze, hand-painted statue, and it is exceptional quality, but it came with 96.7% packaging and only 3.3% product…