i have owned ebeneezer dot net and ebeneezer dot org for many years… like “more than 12″… when i first bought ebeneezer dot net, ebeneezer dot com was owned by somebody else — it may have been Dr. Martin Luther King Jr.’s organisation, but i don’t remember — anyway, it was for sale, but i figured i didn’t need a “COMmercial” address for a church, so i turned down their offer of $5,000 to buy their domain.

a couple of years later, i noticed that ebeneezer dot org had become available, and i purchased that, as well, and moved my “dot net” domain to a domain — “dot org” — that was more suited for a church anyway. at that time, i noticed that “dot com” was also available, from the company that hosted it when it was in use. i still wasn’t interested in a commercial address, so i didn’t even bother looking up the price.

today, just for a laugh, i looked up ebeneezer dot com again. this is what i found: 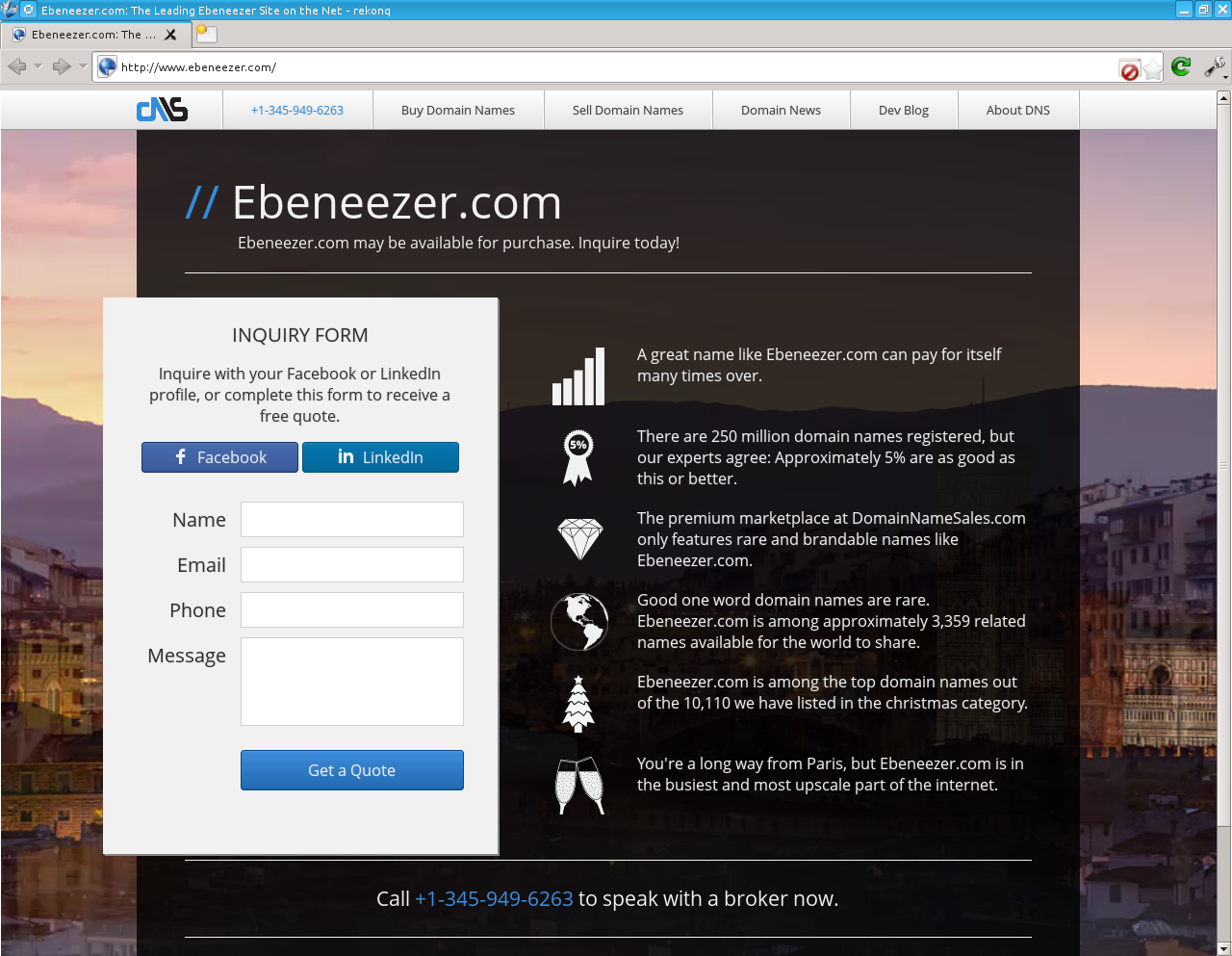 Ebeneezer.com — The Leading Ebeneezer Site on the Net

dot com is now owned, apparently, by frank schilling. if his marketing department is to be believed, all i have to do is register “dot com” and the money will start pouring in… all i would have to do is pay frank schilling’s price… which, i guarantee is going to be a hell of a lot more than $5,000…

as the current, and past owner of dot net, and dot org, i sincerely doubt that is going to happen… even if i did have the unreasonable (given that i registered ebeneezer dot org, AND dot net for free 😐 ) price frank schilling is, undoubtedly, demanding for it.

also, it just occurred to me… it could very well be that the fact that i own dot net and dot org contributes to the fact that dot com is probably never going to be purchased by some upscale retailer or restaurant… i mean, who would want to be accidentally confused with this kind of nonsense… my name could be frank schilling’s curse… although, given that “His registry, domain marketplace operation and assorted name-holdings are estimated to be valued in the vicinity of $500 million”, i kinda doubt it.

i think i know too much EVER to be enticed into thinking that i can make money, solely by owning a piece of “property” on the internet. it may have been possible once (although i kind of wonder, even about those people who have made their fortunes on the net), but it’s certainly not possible any longer.