i went to bellingham saturday, and came back today. there are a number of interesting developments that came about as a result:

apparently there is a “bullet shuttle” that runs from downtown bellingham to downtown seattle and back, that only costs $11… which means that there’s a good chance that i will be taking it to bellingham, and/or whitley will be taking it to seattle more regularly, for the purposes of, basically, getting And More back together. along the same lines, whitley and kamalla have offered to house my keyboards in their house, which means that when i go to bellingham, my keyboards will be set up and ready to go, and when i’m not there, other people will be playing them. the piano (which is missing three tines) has been packed up in a box and sitting behind the couch for about 7 years, and before that it was in a box in the hallway… i haven’t actually had it set up since we moved in to this house… so putting it to good use again is most desirable, and this seems like a prime opportunity.

while i was on my way to bellingham, yesterday, i took sort of a detour through mount vernon, so that i could go by the places i used to live. while i was in mount vernon, it started to rain, and then, quite suddenly, it started to rain so hard that, after slowing down, and slowing down, and turning my windshield wipers to their highest settings, i still could not see, and was forced to take refuge in a parking lot for about half an hour, until the rain let up. as i was pulling out of the parking lot, i saw a building across the street that was, literally, pouring water, tens of gallons a minute, from all of the downspouts… and the streets were flooded in several places, to the point where, when i had to drive through a flooded part, i was concerned because it was over the floorboards of my car… i haven’t seen it rain that much in that short a period of time more than once or twice before in my entire life. 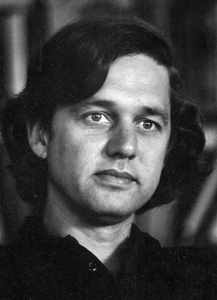 the main reason i went to bellingham in the first place was that kenyth’s 80th birthday was last week, and i went to deliver a birthday present (Operation Mindfuck) on monday. while i was there, i heard that there was going to be a music jam (which is what they’re calling the stairway jam these days), and it was suggested that i come up for it, so i did. another thing that we discussed while i was there was the fact (in my opinion) that kenyth really needs a wikipedia page… a fact that is complicated by the fact that kenyth has kept absolutely ZERO archives of the work that he has done, class notes from classes he has taught, personal correspondence, and that sort of thing, and further complicated by the fact that, to be a wikipedia page that isn’t deleted immediately, a lot of the information posted has to be backed up by stuff that is publically available from internet, which, in this case, would be practically impossible in anything like a realistic way. the upshot is that i am going to help the community of people who want to see this happen, by registering a domain (how about http://KenythFreeman.dance/ or http://JosephPFaddlefum.name/ or something like that? 😉 ) and pointing that domain name towards a blog that i can set up, and then give to the people who actually know what content there is, and can organise it the way it’s supposed to be.

on my way back, today, i mostly took surface streets, and only hit the freeway once or twice. i was north of burlington on what i think was Highway 99, and i found the new location of “The Music Shoppe”, which was a place i worked a couple of times a VERY long time ago: the first time was right after i graduated from the tech school, and ended when i got fired for telling sam, the owner, that the “chemical tank” that he bought, ostensibly to “dip musical instruments”, was full of the chromic acid that he bought and then discovered he couldn’t use because it’s carcinogenic (and, generally, only used as a “bright dip” for brass instruments before they are buffed and refinished), and it was beginning to leak, because it wasn’t really a “chemical tank” but, rather, a stainless steel dairy tank with a bright brass stopper… and the chromic acid was dissolving the bright brass stopper, because, well… chromic acid dissolves brass… 😐

anyway, the second time, he actually subcontracted my musical instrument repair business to repair musical instruments for “The Music Shoppe”, and that ended when he refused to pay me for an instrument that i had fixed, that his customer had refused to pay for. basically i said that, until i got paid i wasn’t going to fix any more instruments for him. he said that he hadn’t paid me because his customer hadn’t paid him, and i pointed out that his customer was HIS customer, and that MY customer was him, but that didn’t seem to make any difference. they apparently moved from their shop in the fountain district in north bellingham, some time in the past, and they are, as of 1st november, moving in to burlington. i left Operation Mindfuck in the front door for them to find when they open up tomorrow. 👿