Reblog if you talk to your cat by meowing at it.

and, occasionally, he meows back at me…

i also talk to my bird by talking to it… and it talks back to me, which is something that few other animals can do. 😎 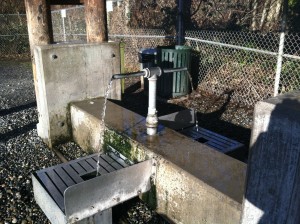 once again, i was at the artesian well when there was nobody else there, but this time, i was the last person there: when i showed up, there were three other cars, but they left fairly quickly, and there wasn’t anybody else there for the entire time i was filling my bottles. as i was driving out, two other cars pulled in. in the 25-or-so years that i have been filling my bottles there, i have experienced a relatively small number of times that i have been the only person there, but i have experienced even fewer times when i was the last person there… i have been there at all hours of the day and night, and had to wait in line for other people to fill their bottles.

it’s apparently called Well #5 or The 164th Street Artesian Well, but, as far as i have been able to tell, the “locals” who use the well would prefer it if nobody else knew about the well, so i won’t give any more information about its location.