a while ago, i came across this word in a web-comic that i read all the time. it was in a joke about librarians who were in the process of being stereotypical stoners, and i thought it was just a joke — and, as “just a joke”, it was a pretty good one — but little did i know… 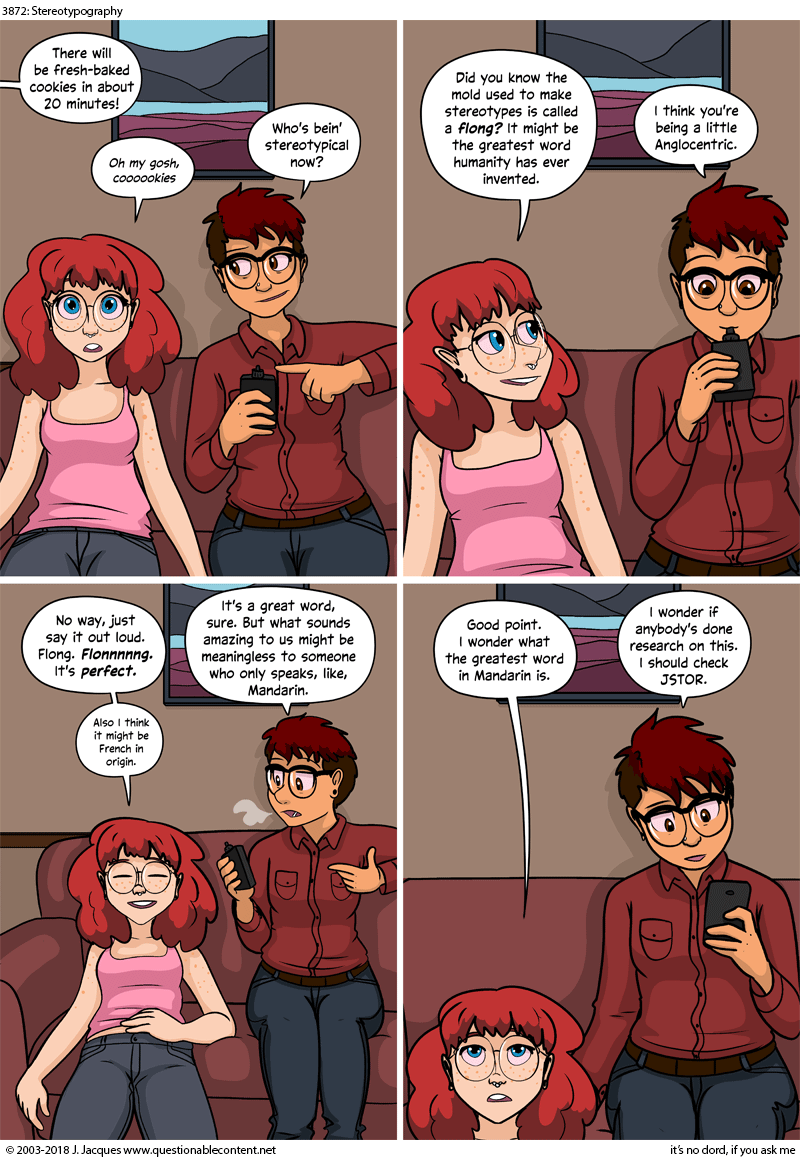 apparently there is an item called “flong” — sometimes called an “ad-mat” or “advertising matrix” in the newspaper business — which is a paper mould used to make stereotypes… which are called “clichés” in French, because it’s onomotapoetic for the sound produced when they’re made. 🤣

i should have known that, even in web comics (possibly, especially in web comics) when librarians make jokes, they make jokes by which even the professionals are impressed. 😎 😉 👍

also, i think i want a refund on this life. i’m almost 60 years old, i have been a typesetter for almost 40 of those years, and i have only recently discovered flongs: this is UNACCEPTABLE! 😠