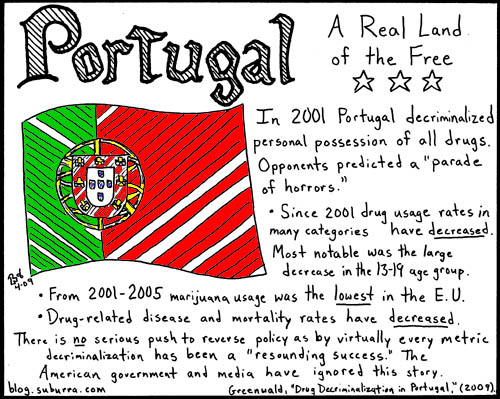 (thanks to drug soup, Narco Polo and Drug Decriminalization in Portugal: Lessons for Creating Fair and Successful Drug Policies)

Portugal – A Real “Land of the Free”

In 2001, Portugal decriminalized personal possession of all drugs. Opponenents predicted a “parade of horrors.”

Since 2001, drug usage rates in many categories have decreased. Most notable was the large decrease in the 13 – 19 age group.

There is no serious push to reverse policy as by virtually every metric, decriminalization has been a “resounding success.”

The American government and media have ignored this story.