Bachmann cites wrong John Wayne, praises notorious serial killer – our new tea party candidate for president, michelle bachman, tries – and spectacularly FAILS – to invoke the memory of john wayne, by mistakenly and cluelessly invoking the memory of john wayne gacy. is there any further question that this woman is COMPLETELY UNQUALIFIED to lead this country? 😐

FACT CHECK: Documents Reveal Bachmann Benefited From And Relied Upon Government-Funded Earmarks and Michele Bachmann Defies Tom Petty’s Cease and Desist – she declares herself to be “very sincere in what i say”, but what she says is one thing, and what she does is entirely the opposite… either your words, or your actions are lying, and i tend to believe that it’s your words.

and, if you had any further doubts, Why Michelle Bachmann must never be president (hint: she’s crazy!)

BP Is Holding Gulf Restoration Process ‘Financially Captive’ – remember the gulf oil spill that i said was going to be a problem for a long time to come? it still is, and it’s not going away any time soon, despite what the media would like you to believe. 😐

AR-15 Left Sitting On Trunk of Seattle Police Car – instead of going after real terrorists, the seattle cops clowns are photographed driving around with an assault rifle on the the trunk of their car… right where any “terrorist” with any balls at all could have just walked off with it… and they still haven’t found former chief gil kerlikowske’s gun, which was stolen out of his unmarked police car, in 2004…

Summer Travel Discounts and Authorities Investigate Security Breach At JFK After Man Flies To Los Angeles Without Ticket Or ID – an unwashed, smelly nigerian (they caught him because passengers in his immediate vicinity complained about the smell) boarded virgin america flight 415 from new york to los angeles without a valid passport or identification, using an expired boarding pass for a flight the day before that belonged to someone else, and he wasn’t arrested until a week later when he tried to fly back to new york using the same scam… instead of going after real terrorists, these… 😮

Woman sprays police with breast milk – instead of going after real terrorists, these cops clowns take down a drunk mother at a wedding…

The Navy Bought Fake Chinese Microchips That Could Have Disarmed U.S. Missiles – 😮 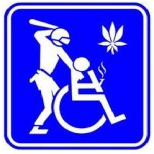 Obama Administration Issues New Threats Against Medical Cannabis – how’s that “hope” and “change” workin’ out for ya’…? still, given the choice, i’d still rather have obama than mccain. not by much, though, and i’d still far rather have someone like kucinich or johnson, for whatever that’s worth…

on the other hand, Ricardo Cortés, author of It’s Just A Plant and other modern classics, has released a freely-downloadable book about jury nullification, called Jury Independence Illustrated – go get it!

Microsoft May Add Eavesdropping To Skype – yet another reason why i don’t use microsoft products… and the version of skype i currently have installed on my computer is from before skype was gobbled up by the 800 pound gorilla.

Boffins take REMOTE CONTROL of HUMAN HAND – this is scary and interesting the same time… scary because it is a little too close to “The Matrix” for my comfort, but interesting because it could potentially teach brain injury survivors to function normally…

Are You a Good Person? – a “christian” meets a rabbi who knows what he’s talking about. i wish i had that kind of patience… 8)