the another week closer to the eschaton post this week is made using the colour Pantone 2685C purple, as a form of protest over the Cadbury® trademark, which has been mostly upheld by the UK’s trade mark registry. if more people were concerned about news like this, it would be an indication that the world no longer needs another week closer to the eschaton. unfortunately, that is not the case, so here we go with another one.

Sign the Declaration to Eliminate Nuclear Weapons – if enough people sign it, maybe it will actually do some good…

UK backs US bid to overturn ban on cluster bombs – people who know fear this is an attempt to legitimise the use of weapons that are widely deemed to be inherently indiscriminate. doesn’t that just warm your heart? you can Sign a petition to stop cluster bombs being used if you think it will do any good. 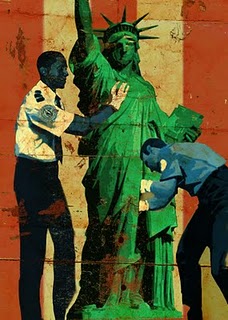 Obama Invokes Jesus More Often Than Bush – obama is the best republican president that could have stolen our votes… i’m not voting for him again.

39 Things Obama Could Do To Get My Vote – but the only one that is REMOTELY possible is for him to end the war on drugs, and that’s not gonna’ happen…

Pressured to Name Leader, Occupy Denver Elects Dog and Occupy Denver elects a new leader: Shelby, a Border Collie mix – “Yes, I appointed a horse to an important management position. But, unlike the directors, I appointed the whole horse.” — Caligula

Reasons America Will Be Judged as the Most Brutal Empire in History – with things like this happening, it’s no surprise… 😮