mushrooms are my “don’t give a fuck” pill.

when i get cranky, depressed, irritable, out-of-sorts, and tired of doing anything, my “don’t give a fuck” pill helps me survive all of the unjust, inconsiderate, and outright wrong things that are happening to and around me. 😒

yeah, it doesn’t make the problems go away, or even diminish noticably, but what it does is gives me the ability to “not give a fuck” rather than letting them fuck with my brain to the point of incapacity.

that’s what MEDICINE SHOULD DO!

my MENTAL HEALTH PRACTICIONER TOLD ME to take mushrooms. — it still BLOWS MY MIND that i was given this instruction 🤯

so, instead of griping about how unjust my life is these days, and how many things have gone irretrievably wrong, i’m going to post pictures of my cannabis plants, and my trip in the forest. 😉

and it’s only the end of august! 😋

i went up road K again, where i saw the bear last year. no bears this year, but plenty of evidence that they had been there. 😉

because of the fact that it has been so dry, i actually went all the way up road K to the place where there isn’t any road, and there’s a sign that says “trail under construction, use different routes”. i could have gone further, but i was tired, and it was uphill. uphill is great when i’m “on my way up”, but by that time, i had reached a plateau, and uphill was asking too much.

so i walked back down to the old homestead, where i meditated for about an hour.

looks can be decieving… is something my father would have said. 😒 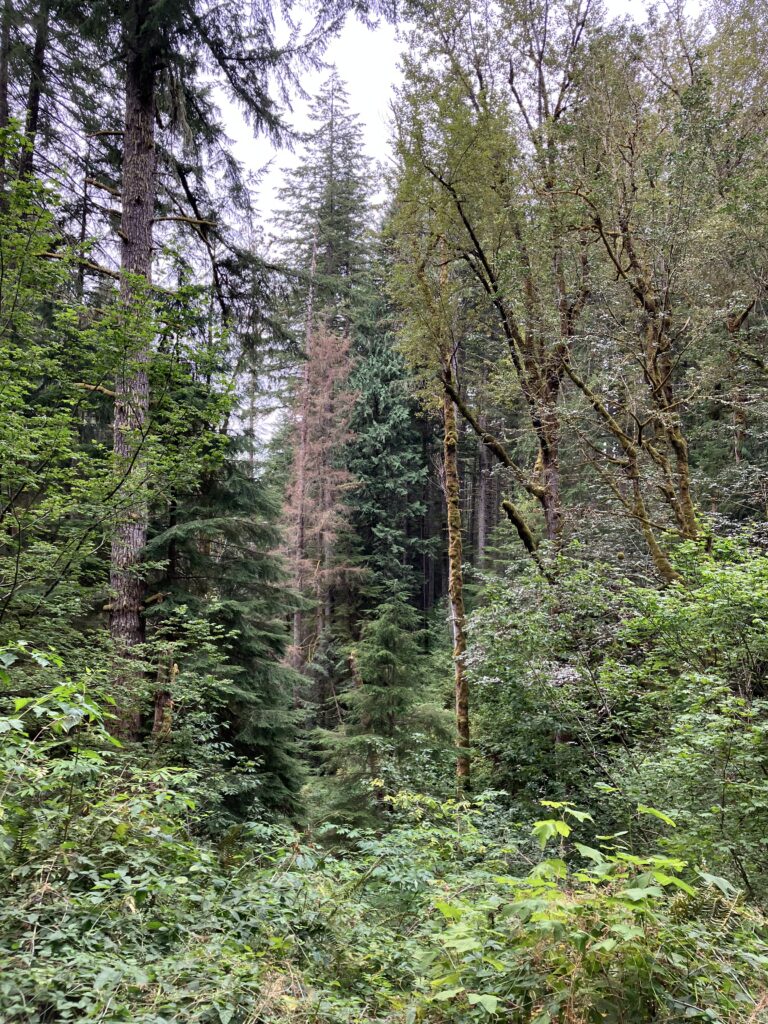 and the difference in my mood will definitely be to my advantage tomorrow, when there’s going to be game night at the burke’s, and on sunday, when the sousa band is playing at the ballard locks. 😉