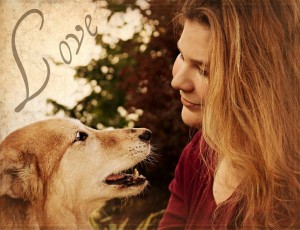 she came home from the hospital yesterday, but it seems like she’s worse than she went in. she can’t walk or stand, she’s so dizzy that, when she’s agitated, she rolls (torticollis), and she’s agitated pretty much all the time, although she’s been a lot calmer since about 5:30 this morning… she’s eating and drinking, but… 🙁

she started having seizures this afternoon, or what moe is calling “old dog vestibular syndrome“, or some combination of the two. moe is at the vets and/or hospitalising paddy overnight, depending on what are the vet’s recommendations.

ETA: paddy is in the hospital overnight. it doesn’t sound particularly encouraging.

after i logged off last night, our most senior dog – paddy, the one who scared me so badly a few months ago – who, despite the fact that she’s been in pretty good health for the most part, suddenly had a grand mal seizure last night. it wasn’t entirely unexpected (moe said she commented to one of the vets just the other day about the possibility), but once again it scared the holy hell out of me…

once again, i hope i don’t have another day like yesterday for a long, long time. never would be a totally acceptible option.

today was the second day of shows for the panto. today, we didn’t have a drummer. for the first show, he didn’t call or anything, and just didn’t show up. he’s put up posters and passed out flyers with the show times printed on them, and the show times are also available on the web site, and he’s always been late for, or entirely missed rehearsals, and we’ve had to wait to start the show because nobody knew where he was at least twice, so when he finally showed up, about ten minutes before the end of the show, it was the last straw, and kiki fired him… she said that it was the first time she had fired anybody, and as far as i know, it was the first time anyone has been fired from the fremont philharmonic, but he had it coming… you don’t schedule yourself for a show with “professional” musicians (is there such a thing? i still don’t really know for sure) and then just not show up for a performance without at least calling ahead of time (like i did for the show at the gage, yesterday)…

i’m about ready for the holidays to be over, and today’s only the 5th… 8P

paddy and zorah were snuffling around under the parrot tree yesterday about 8:00 pm, and i turned around and told them to leave it, whereupon paddy backed up, and did something to her left hind leg… who knows what it was that she did, but the results were immediately evident: she started yelping and crying, and peed all over herself, and trying to run around, but not being able to because her left hind leg wouldn’t work.

of course, i tried to call monique immediately, but what with having to deal with a thrashing, peeing, hysterical dog, and the fact that all this came up so suddenly that it took me totally off guard, i was having difficulty finding moe’s phone number in my cell phone. when i finally got her number, she wasn’t answering. i left her a frantic, probably incomprehensible message and immediately (well, as immediately as was possible, considering how freaked out i was) tried the second “animal emergency” number i have, micah. he said that he was just texting moe a few minutes ago, and said that he would try to get in touch with her. next, i called the restaurant where she was eating dinner with a friend, but their phone was unattended, probably because they were busy…

all this time i have been dealing with this frantic, crying dog who is trying to get away from her left hind leg because it’s causing her so much pain. as you can imagine, it was affecting me as well.

i called the third “animal emergency” number, evan, moe’s “boss” (although, if the truth were really out there, moe’s the one who runs the show: if it weren’t for her, moe’s “boss” wouldn’t have a clue how the business runs), and he was home. i described, as best i could what with paddy screaming, what was happening, and he told me that he would meet me at the clinic. i grabbed some blankets to put in the car, which meant that i had to leave paddy for a moment, and when i came back, she was nowhere to be found! i called her, but she was not in the living room. i couldn’t imagine how she managed to walk at all, but i eventually found her in the bedroom closet. i put zorah and stanley in their kennels and carried paddy down to the car and then monique called.

i brought her up to speed and simultaneously realised that i had locked myself out of the house 😯 in my rush to get help, so i actually had to break into the house to get my keys before i could go anywhere.

when i did, of course, that means a 30 to 45 minute trip to the clinic, but at that point i was operating on autopilot. i did notice that the “Check Engine Coolant” light was lit on the dashboard, but it didn’t matter as much as getting help for my doggie.

when i got to the clinic, moe was already there with another technician, and i left them to examine her while i went and had the heart attack that i had postponed while the emergency was in progress.

according to moe, she thinks that paddy somehow dislocated her hip, because she said that when she was examining her, she poked her thumb way down into the space where there was supposed to be the head of her femur, and then the joint reduced with a clank… i took moe’s car to get gas and when i came back, evan had showed up, and paddy was walking more-or-less normally by 10:30 or so, but it’s obvious that she’s feeling less than normal. we’re supposed to carry her up and down stairs, and she’s not allowed to jump up on the couch or the bed for a while (months? weeks? moe knows).