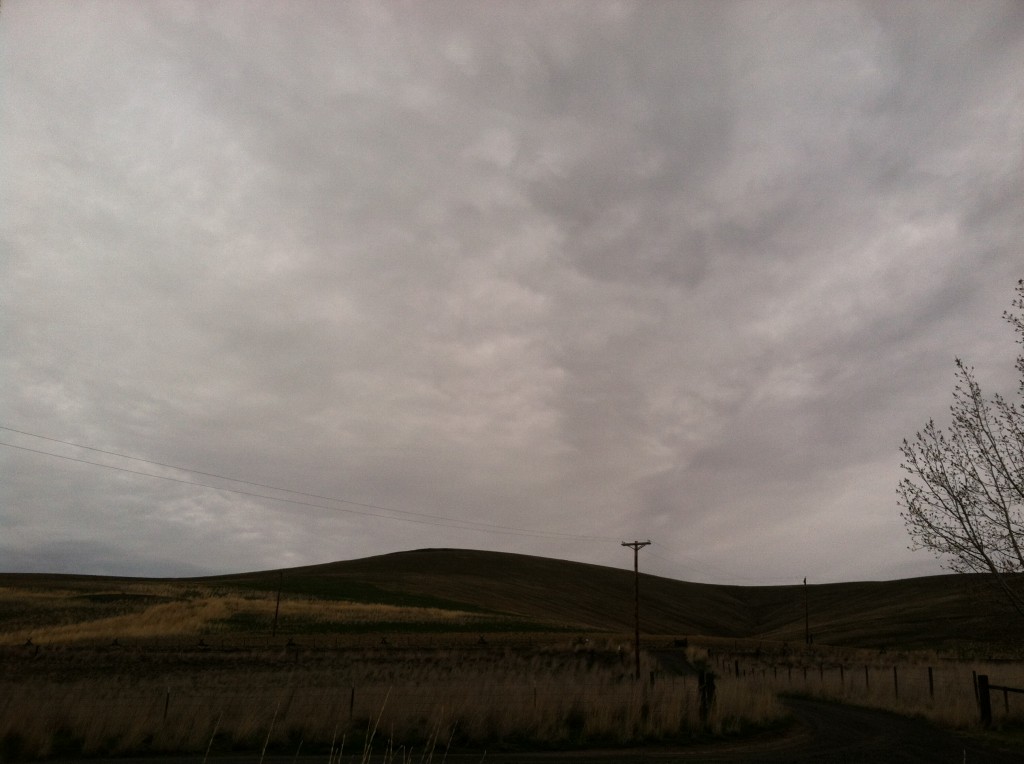 once again, we’re in heppner, oregon — 45° 22′ 15.1314″ N, -119° 28′ 49.3062″ E — for a sheep dog trial, which means that moe got up and left at about 6:30 this morning, and i am left behind, at a “rural hunting lodge”, to fend for myself for the day… which means that i woke up at 9:00, took a shower, ate breakfast, and now i am looking at the choice of either wandering around in the middle of now here for a while, or playing with caustic on moe’s ipad (the fact that she’s running sheep dogs means that she can’t use the ipad, and i can)… and, despite the fact that it looks like it may rain, i’m thinking of going out anyway. last year i heard the voice of God and i want to hear it again. there’s too much extraneous noise in the house.

after the sheep dog trial is over, we’re going to Tokeland for 5 days. there is no telephone and no internet access, so i’m going to give my luddite streak a run for its money… and fly kites (and “other things”) on the beach.

i built a small marker, about halfway up the hill: 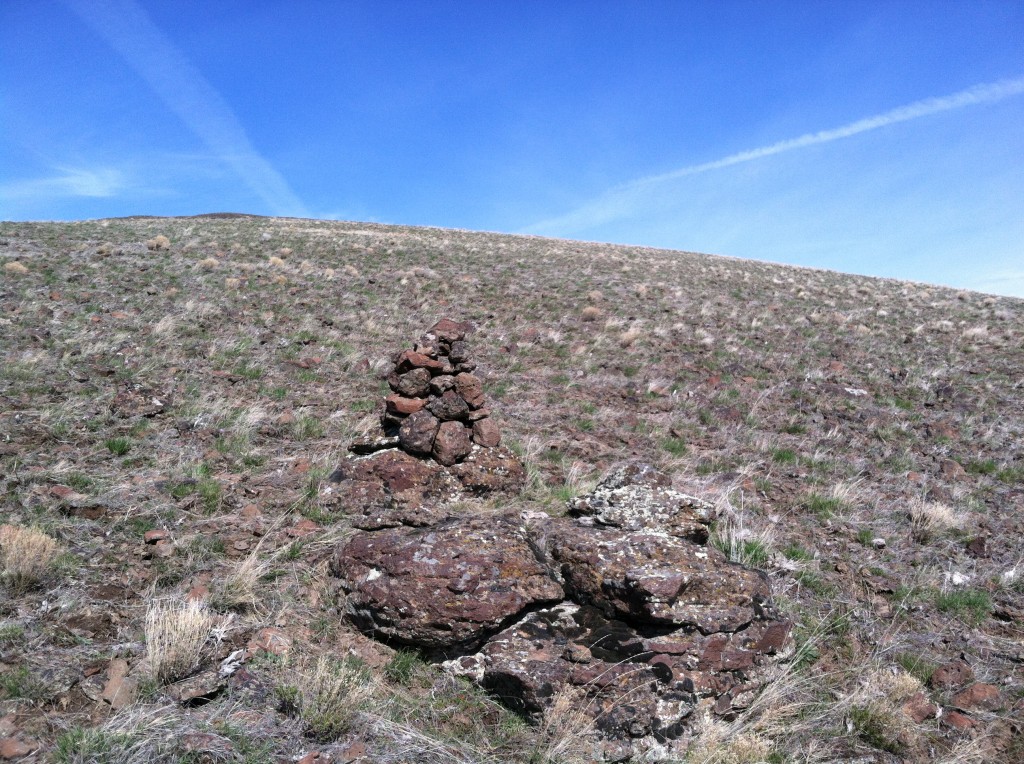 the days keep going by.

i got my computer fixed by the kubuntu gods at Kubuntu Forums, where they are quite a bit better than just about anybody else at diagnosing and helping to fix any problems that one might have with one’s kubuntu system… and, by the way, it wasn’t the video drivers. the people who put together the update packages left out an important part of the desktop manager, and released a new update that had that important part in it the next day… 😉 i suppose that’s what i get for using a free, community-based operating system.

it could be worse. i could be using <shudder> micro$lop…

moe returned very early friday morning, so the doggies have calmed back down to their standard level of chaos.

i’ve got a rehearsal later on this evening with the fremont philharmonic, whose moisture festival dates are april 2nd through april 6th. we’ve only had one rehearsal, we still don’t know exactly who is playing when, and there’s a WHOLE BUNCH of new music that we haven’t learned yet. then i’ve got a rehearsal with the SANCApators (which is eben sprinsock‘s other band) on wednesday. they’ve got two rehearsals, and then i’m playing with them at the moisture festival on march 23rd. then i’ve got a rehearsal with snake suspenderz on thursday. snake suspenderz is playing a private gig at a corporate party on saturday, and a public gig on sunday, at C&P Coffee in west seattle, if you’re interested in seeing us play: we’re doing a special performance with Katy Webber, who is a FANTASTIC jazz singer (who also played the part of Dick Whittington in the most recent panto)… snake suspenderz is also playing as a “pit band” at the moisture festival march 26th through march 30th. i don’t know if we’re going to have any “on stage” performances this year, but even still, i’ve got a total of 19 performances, which should make up for any loss that i experience due to the fact that i’ve gotten paid less per share than last year (grumble, mutter).

i’ve got a whole bunch more moisture festival performances this year than i had last year, and a combination of widely varying circumstances means that they’re actually taking snake suspenderz seriously this year, but if they maintain the new “tradition” of paying a smaller share than they did last year (which started last year), this will probably be the last year that i participate in the moisture festival in the way that i have been for the past ELEVEN YEARS now… 😛 of course i don’t know that they’re going to pay less per share than they did last year, but at this point i don’t trust the board of directors to do anything rational any longer.