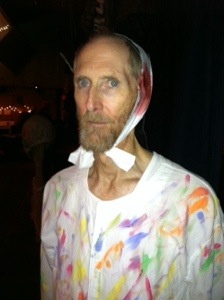 i got this silly little app for my smart phone called Yellofier which is presented by a pair of folks, one of whom is boris blank (of Yello). the app is, basically, a sampler with a bunch of preset effects and a bunch of preset samples, and a sequencer, all of which is obscured by an interesting, quasi-intuitive interface. i’m not sure i’m going to actually use it for anything, although there is already a group that has has released an album using it… or, perhaps, because of that fact… but it’s silly and fun, and it will give me something to do while everybody else is playing angry birds. here is an example of what i’ve been doing so far.

snake suspenderz has been pretty busy recently. we did a wedding, and we did a set for the chateau at valley center, and today we’ve got a moisture festival ( 😐 ) gig. who knows how long it’s going to last this time, but fun is fun, so why not go with it?