once again, i would like to offer my utmost gratitude to my wife, who made it possible for me to own the awesome music notation software called Sibelius. it has made processes like this take so much less time than doing the same thing “by hand”… and it’s not something that i have to imagine, as i have actually done projects like this “by hand” in the past, and it was so tedious and drawn-out over, literally, months, that i no longer do such projects… conversely, this project in it’s entirety, took 5 weeks to go from “a gleam in my eye” to having finished parts and a recording… and 4 weeks and 5 days of that were waiting for the score to arrive from the publisher. 😎

so, there’s this march in honor of Joyce’s 71st New York Regiment written in 1881 by Thornton Barnes Boyer, which we’ve been trying to play with the Ballard Sedentary Sousa Band for several years now, and getting nowhere… primarily because of the fact that there are several different “arrangements” of it scattered across the 35-odd musicians in the band, which have several differences which, while not major, definitely mean that playing it as an ensemble is a lot more difficult. and that’s not to mention that it is in the key of E♭ minor (six flats, for those of you who may not know), which, for a community band with players of all abilities, is asking a bit too much…

but that may or may not be the issue, as i discovered at a recent BSSB rehearsal that, in fact, there are two different “arrangements” of Joyce’s 71st NY Regiment March just in the trombone section, and that they are enough different that playing the two of them and expecting it to sound even reasonably coherent was impossible, as one of them had the “Trio” in an entirely different key all together.

a little bit of research revealed the fact that there are several different “arrangements”, which include adding harmony and ornamentation to the trio, changing the key of the trio to the relative major, and changing the location of the “Da Capo”, all of which were made long after the original composer, TB Boyer, had passed on, and nobody could decide which of the many different arrangements was “best”. one thing that they all agreed on, however, was that the original piece had been published by J.W.Pepper.

a tiny light bulb appeared over my head, as i realised that i actually own a 100-year-old musical instrument with the J.W.Pepper logo stamped on it, and i actually know where J.W.Pepper has a branch location in tukwilla…

so, i went to J.W.Pepper and asked if they still carried the original version of Joyce’s 71st NY Regiment March, not arranged by anyone, and, bob’s-yer-uncle, they have it. not only that, but they have a version of it that has been transcribed for modern instruments, which is really an issue when you realise that what constitutes a concert band has changed pretty dramatically in the past 120 years: no saxhorns, no helicons, no ophecleids, quinticlaves or clavitubes, no serpents, consistent woodwinds, a tuning note that is several cents higher than it was, etc., etc., etc…

however, they sold the publishing rights to some other company, which only prints copies on demand, so i had to wait until they printed a copy… just for meeeeee… 😊

i got it the other day, and entered it into the aforementioned, AWESOME MUSIC NOTATION SOFTWARE (which took all of 5 hours, stretched out over a couple of days) and transposed it down a half-step, into D minor, which only has one flat!

my impression is that it will be much easier to muddle our way through, now that we’ve all got the same arrangement, and it’s in a key that doesn’t twist our brains while we’re trying to learn it… 👍

and, because of the fact that the software also outputs in sound formats, i have been able to hear what it’s going to sound like (more or less) to make sure that all the parts are correct BEFORE i print them and hand them out to people!

Benjamin II and his wife had a son, Benjamin Harrison III.

Benjamin III and his wife had a son, Benjamin Harrison IV.

Benjamin IV and his wife had a son, Benjamin Harrison V.

Carter Bassett Harrison and his wife, Jane Byrd, had a daughter, Caroline Harrison.

Herma Vera DeWoody married Albert Augustine Hammond and had a son, who is my father.

so, President Benjamin Harrison is my first-cousin-in-law, 10 times removed… 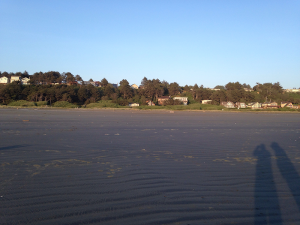 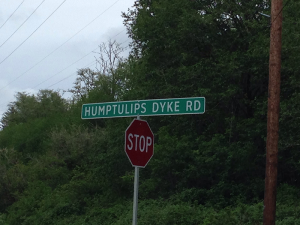 this wasn’t in the 5-mile radius, and i’m not completely sure whether it’s not spelled correctly, or (possibly) referring to something completely different than i am thinking… 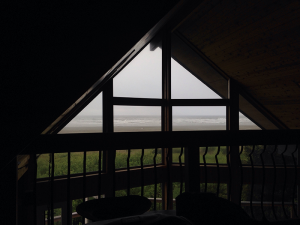 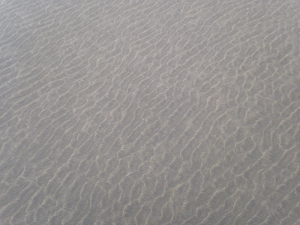 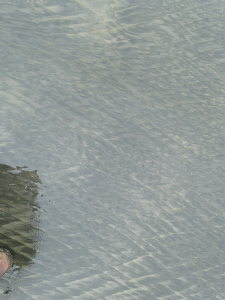 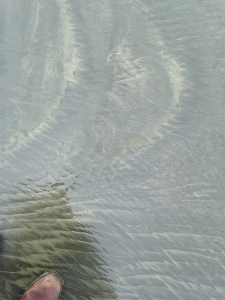 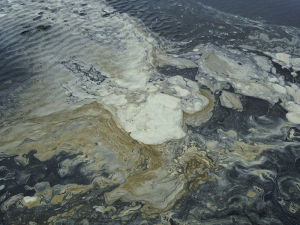 not fukushima or deepwater-horizon this is the pacific northwest 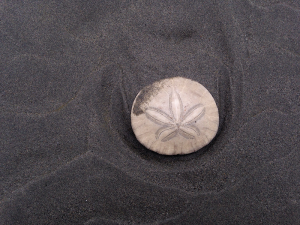 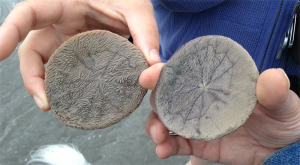 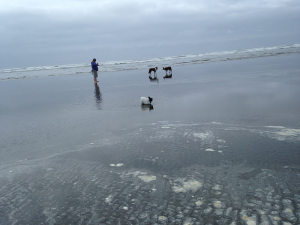 zora voluntarily wading in water up to her shoulders — no, seriously, this is a big thing, ’cause zora HATES getting even the slightest bit wet… we’ll make a beach-doggie out of her yet… 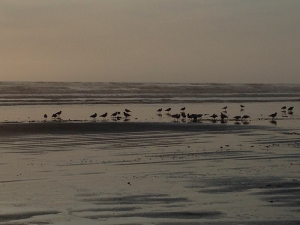 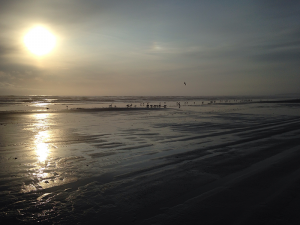 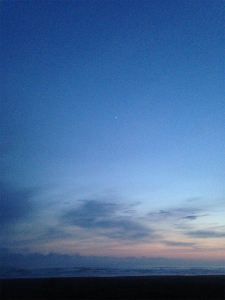 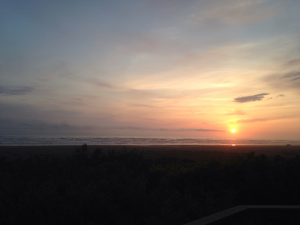 i’m on vacation. we rented a house in moclips for a week. then i’m going to bellingham next weekend. i can probably post photos here, but not from this device (an ipad that doesn’t have a very good camera) and i can’t be arsed to figure out how to transfer photos, because i’m on vacation… i’ll figure it out eventually… or i won’t… who cares?