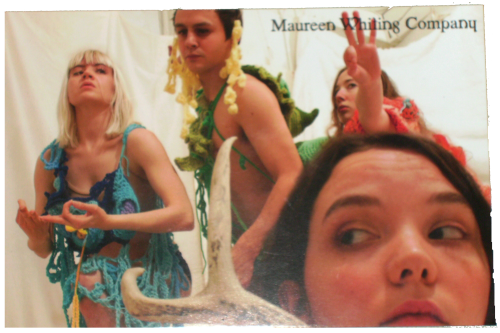 so i was down at ACT theatre last night. i had a matinee show (which i almost missed because the matinee shows at ACT are at 2:00, not 4:00 like the matinees at the palladium), and i had tickets for the evening show, so i was wandering around between shows and i came across this poster for the new show put on by the Maureen Whiting Dance Company with a vaguely familiar face. i wondered if it might be who i thought it was, but the poster didn’t say. eventually i found a postcard, and sure enough, i found that was, indeed, my son, ezra.

it’s good to know that my progeny is making a name for himself. at the same time, it’s really good to know that, as an artist, he’s getting the start that i should have had, but didn’t, because of my own stuff. my guess is that by the time he’s my age now, he will be a firmly established artist with a national reputation, principally because of the exposute he’s getting now. if i had pursued my dream, instead of going to bellingham and sloughing off for 20 years, i would probably be where he is now.