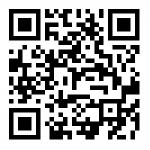 how this piece of music came into existence is as much of a story as the music itself.

randy and i had both been working in the Eμ studio for about a year, in 1982, and we were both creating extremely weird music. secretly, i recorded a very long track, in stereo (which, in those days, actually meant two tracks, a left and a right channel) of weird vocalisations made by us while creating other music. i then reversed the track, and recorded it along side the original, which gave me four tracks. then i took all four tracks, reversed them and spliced them on to the end, so it was even longer, and a palindrome. then, i duplicated the process with another long track of miscellaneous rantings, strange noises and other unusual vocal sounds, so that, when i was done, i had 8 tracks of extreme vocal chaos.

when i was satisfied with the level of chaos, i ran the whole thing into the mixer, one track per channel (as usual), although i hooked up the output of the mixer so that, instead of playing only the channel whose “solo” button was depressed, (thus “muting” all of the other channels), the only time it played anything was when the “solo” button for each individual channel was pressed… essentially turning the “solo” buttons on the mixer into a “keyboard” of sorts.

although, in this case, he’s undoubtedly a lot better off than he was… 🙁

dr. wacka-loon sez that my elbow is painful not because of arthritis, but because of lateral epicondylitis, because of the fact that i use my left hand to operate the mouse, and i spend as much as 12 hours a day on the computer…

tennis elbow!? at least have the decency to call it “computer operator’s elbow” or something like that… on the plus side, it’s not arthritis, which was what was my suspicion until now. he says that arthritis restricts movement, and my range of motion is actually better than it has been in a long time (i.e. ever since i injured my elbow, falling off my bicycle, when i was 21 or thereabouts)… it just hurts like hell. 😛