in 2009 i uploaded a picture that was taken in 1981 of me and a bunch of guys juggling on the lawn in front of old main, at western: 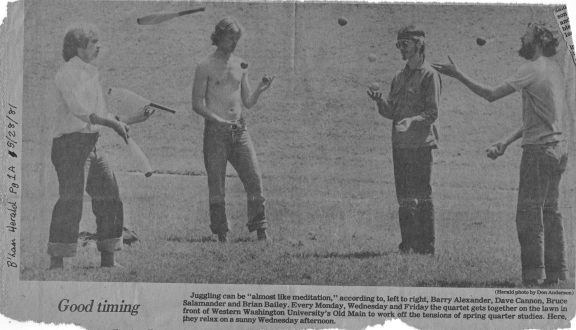 one of those guys, barry alexander, was a friend of mine who was also a jeweler, and made the silver Ritual Object that has been used in countless Ritual Vegetable Sacrifices by The Church of Tina Chopp throughout the intervening years.

on sunday, the Ballard Sedentary Sousa Band played a concert at the Peace Arch in blaine. after the concert, as i was putting my instrument away, i was approached by barry alexander, who i haven’t seen in probably 35 years. this is what he looks like now: 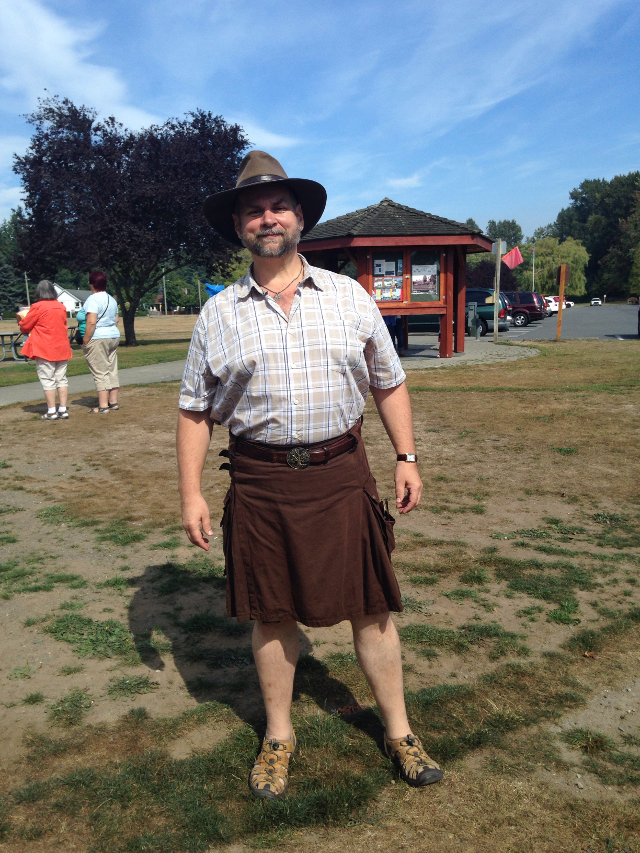 apparently, he knows a lot more about what’s going on with me than i do about him, because he knows about things like Hybrid Elephant, whereas what i know about him ceased to be updated when i lost contact with him, some time in the early 1980s…