from the inside, looking out, life is pretty decent: we’re busking again, there are gigs on the horizon, nothing serious is wrong with the house, i’m getting my art car made… i’ve still got a big, scary thing that hasn’t happened for 2 years, but was pretty much essential to my life for some time before that (which is the oregon country fair)…

but from the outside looking in, 50 years of my life, and most of my identity, has been summarily dismissed by the supreme court, which has indicated its willingness to overturn roe v. wade, despite the fact that there isn’t a single state for which the overturning of roe v. wade commands more than 30% support…

which, of course, is PRIMARILY due to #drumpf, who, despite being impeached TWICE, managed to jam through three supreme court “justices”, two of whom are credibly accused sexual predators, and the other is amy coney barrett, who thinks that a woman’s place is barefoot and pregnant.

and all of that is coming from EXACTLY the same people that gave us matt gaetz, who is under investigation for human trafficking and sex with teenagers, and jim jordan, who is accused of enabling a sexual predator, and roy moore, who is accused of sexually predating teenagers at a mall, and madison cawthorn, who idolises hitler, and films himself fucking his cousin in the ear, and another guy who is a long time republican politician who was convicted of possessing pornographic images of children, and the “jewish space laser lady”, and on, and on, and on, and on, and FUCKING ON!!… 🤬🤬🤬

and the chance that ANY OF THEM are going to face real justice of any kind is vanishingly small. 🤬

and that’s not even to mention the fact that #drumpf, himself, along with ALL his cronies, and partners in crime, are STILL running around free, and having rallies, and spewing misinformation, disinformation, and OUTRIGHT LIES to anybody who will listen, which, apparently, is about 49% of the population of the country…

seriously, politics has gotten so over-the-top, blatantly FASCIST, pretty much ever since #drumpf was elected (but, honestly, i see the first inklings of fascism in the 1970s, when nixon and mcgovern butted heads)… the country, and the world, has gotten so right-wing, “christian”, and “conservative” that it’s beyond merely frightening, and everything i’ve seen seems to indicate that it is going to get orders of magnitude worse before there’s any hope of it getting better…

and, if that wasn’t bad enough on its own, don’t even get me started on climate change… 🤬🤬🤬

the fence is (allegedly) being fixed on thursday, by the guy who is the friend of the neighbour who is (still) being a dick about paying for the fence, despite the fact that the dead tree which destroyed it was on his property. 😒

the guy who is (allegedly) fixing the fence has already run down a whole list of (bogus) complaints he had about the current fence — i get the impression that he’s not particularly impressed with the quality or consistency of the fence materials, despite the fact that we had the fence made by a different company than the one which made the gates, and that the whole thing was built during the peak of the first round of COVID…

but i get the very strong impression that the guy is going to do everything possible to get away with doing a halfway job and begging off, never to be heard from again, which is why i’m going to be keeping an eye on the work progress, when it happens. 😒

election day is (finally) tomorrow. in spite of the fact that he was impeached, we managed to survive (barely) four years of #drumpf, and i’m not sure, even now, that we’re going to vote him out tomorrow… and, even if we do, i’m even less sure that he’ll leave without making a BIG fuss, and/or flagrantly cheating… and even if we do manage to eject him into the sun, there’s going to be A LOT of #MAGA #chuds who will be stubbornly unwilling to accept it, and even if we are actually able to eject him into the sun, they’re not going to be so “easy” to deal with, nor will they just “go away”, once the solar ejecting has actually been accomplished.

i keep saying it’ll take us at least a hundred years to recover from #drumpf, and i’m not sure we have a hundred years left, even if we do, miraculously, make him and his cronies just vanish.

in other news, i made a new page for the Incense Of The Month Club, but i can’t figure out how to put the background image on it that i want, so it’s not linked anywhere, yet. i bought a 1½” diameter button press (because why not), and now i’ve got to round up some civic organisations which want buttons for some campaign or something.

also, i never heard back from kent.

but he’s got the military “protecting” washington dc, which is illegal, and one tiny step away from him going for it.

No Revolution
by José Tirado

i remember when bushy george was elected. after 8 years of reagan, i was beginning to develop a frightened “i don’t care” attitude about politics in general, but i knew at the time that this was a definite step in the WRONG direction, and several orders of magnitude worse than reagan.

I Will Not Speak Kindly of the Dead. Bush Was Detestable.

#drumpf. 🖕 the less said about him, the better.

🍄 one mushroom yesterday. i went out for a walk and had pretty much the entire “trip” while i was out, which wasn’t very much. depression sneaking back in, but not in unmanagable amounts… yet… fewer mushrooms every time this happens, and eventually i’ll run out. hopefully i will have either wildcrafted, or obtained some more by then, but who knows… they are illegal, after all, even though my doctor counsellor recommended them… 😒

trolloween on wednesday. i’m doing sound effects, which means bullroarer “pre-show” and thunder for the first part of the show. nothing else, which means that i’ll be able to actually haunt fremont, for the first time ever… i’ve been a part of the show at the troll, and the dance afterwards many, many times, but i’ve never gotten to go on the haunt… mushrooms? it’s possible… but i think i’d have to find a place to crash in town, if so. i’ll ask macque…

so, in the realm of the computer, i’ve decided that, if i tiptoe around this version of kubuntu, it works 95% of the time. i have, literally, changed the way i interact with the computer interface, in order to prevent it from crashing on a more regular basis: kontact/kmail/akregator — which used to be a relatively stable part of the distribution — has become something which works if i DON’T do things like try to open links in akregator using the middle mouse button (right click and choose “open in external browser” works, though, which is annoying), or forward a message, about half of the time (which is something i do on a regular basis when i’m reporting spam). and kubuntu, itself, has got some annoying bugs which i don’t know to whom to report… which, in itself, is annoying… when i boot the computer, the desktop wallpaper appears to be set to “blur” around the background, even though when i look at the configure panel, it’s set to “solid color”, and when i set it to “blur”, nothing happens, but if i, then, set it back to “solid color”, lo-and-behold, it suddenly displays with a solid colour background. and, because of the fact that it’s part of the system settings, i don’t have the first clue who should get the bug report.

and i’ve, basically, given up on amarok. i love the interface, but the fact is, my music is on a disk that isn’t mounted at startup — because it is a NAS, mounted via WIFI — and amarok refuses to see it. i haven’t figured out how to get it to mount at startup, and it appears that the amarok user list is, for all intents and purposes, dead… which is really annoying.

on the other hand, i’ve figured out a way to play the music on my NAS from my phone, my tablet, and from the linux box, at the same time, using the same application, which is VLC media player. i don’t love the interface, but it’s definitely better than nothing, and the fact that i can play my music, basically, anywhere, without having to make copies of it, should make the copyright drones happy.

and i found the disks containing approximately 10,000 fonts, left over from when i worked in a print shop… and i can get around 90% to 95% of them to work on both my mac and my linux box, also from my NAS, which makes sharing documents a lot more reliable. 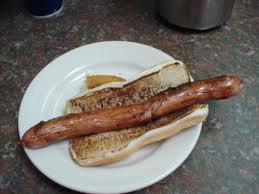 get it out of your system now, and pay attention to things that are really more important… 😐