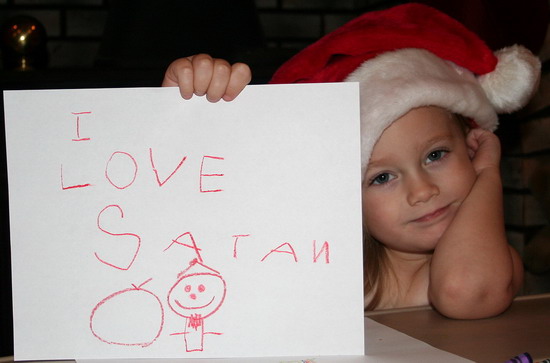 in the past, i’ve tried to go along with whatever holiday might be celebrated around me whether i “believed in it” or not, however in the past few years it’s gotten to the point where i’ve taken a long, hard look at the traditions, the history, and the meaning of several Vague Early Winter Possibly Religious Festivals (VEWPRFs) and tried as much as possible to separate myself from them, primarily because of the fact that i don’t “believe in them” in any conventional sense, and to me, the people that really do believe in them, particularly “christians” really make me wonder about the future of the human race. i’ve had the chance to go “caroling” with a bunch of other brass players, and while i appreciate the music very much, and would really like to get together with a bunch of people who all appreciate the music, and can play it well, i decided not to go – and not entirely because of the fact that “the weather outside was frightful” (although that was about ⅔ of the reason). the weather is also the reason we won’t be spending xmas (one of the VEWPRFs i was talking about) with the inlaws in portland this year – although we probably will be spending new years day with them (’cause i have the gig where i’m paid the most amount of money i have ever been paid for something EVER on new years eve – i’m being paid $100 an hour for an hour’s performance with snake suspenderz), and while it won’t exactly be the same as xmas with them, it will still very likely have the same history and meaning. with my in-laws particularly, i have learned that it’s a lot easier if i keep my mouth shut, because, if nothing else, they give good presents and don’t expect an awful lot other than to see that my wife is healthy and happy, which she seems to be taking care of all by herself. 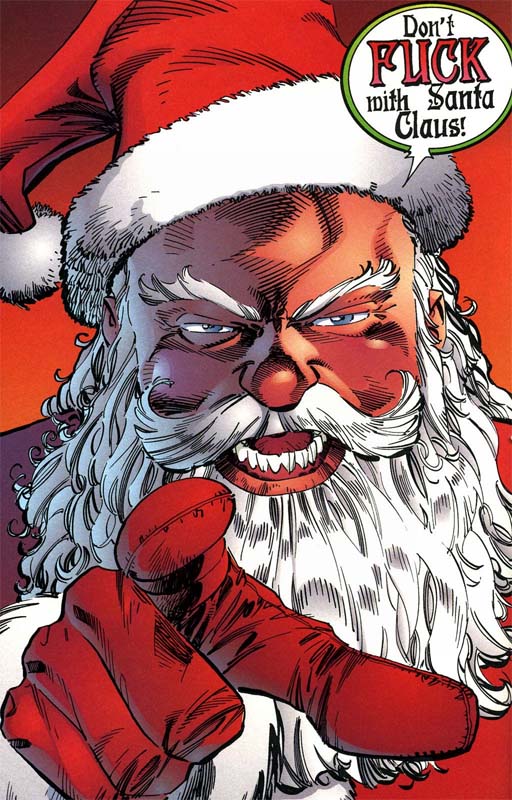 and when you look at xmas, from it’s beginnings all the way to today, you discover that it’s basically one lie after another with no apologies or attempts to hide them: jesus, if he ever even really existed, was more than likely born in the spring, and the fact that his birthday is celebrated when it is, is primarily because of the fact that the “christian” church took over pagan solstice celebrations of one kind or another, and in the process of making it basically illegal to have any other kind of celebration, at the same time it started pushing it’s own version of VEWPRF as a “legal substitute” so that the (formerly) pagan worshippers – who still continue to this day – wouldn’t rise up and overthrow their oppressors. and at this late date, there’s less of “jesus’ birth” and more commercialism and “santa claus”, to the point where jesus – the supposed “reason for the season” (which, in reality, can more be attributed to axial tilt than the birth of a supposed “saviour”) – is almost forgotten, even by supposed “christians” for whom this should be a time to remember their saviour. and that brings up the discussion: “saved from what?” saved from sin? who created sin? if it was God, then didn’t he have some reason for creating it? shouldn’t He expect us to sin, if He created it to begin with? if it wasn’t, then why do we have to be saved from it? how is jesus any more likely to save me than norm, down the street, or myself, for that matter? if it weren’t for the fact that i have experienced “the indwelling of the Holy Spirit” (which is nothing at all like the “christian” people would have you believe), i would deny that such a thing exists, simply because of the fact that the way the “christians” describe it is totally absurd. if it weren’t forced on them when they were children and unable to see how the adults were lying to them, “christianity” would have completely vanished ages ago.

and as far as my experience of the “indwelling of the Holy Spirit”, which happened many years ago (although it continues to this day), i am aware of the fact that it’s such a profound, personal experience, that any attempt i make to describe what it was like will sound equally absurd. i’m okay with that, and don’t blame you if you think i’m crazy, but like i said, it was so much different from what the “christians” say that comparing the two is a difficult thing. my impression is that “christians” only have about a quarter of the story, and instead of being inspired to learn about the ever expansive THING that they call God, they’ve decided that that’s all you ever need, and are afraid of anything that stretches beyond their comfort zone.

so, along with everything else, my views about both Christmas and xmas (similar to the difference between Christians and “christians”, for those of you who are keeping score) are skewed enough that celebrating it myself is kind of out of the question, despite my general tendency to celebrate whatever holiday “most of us” are celebrating. so you’ll pardon me while i wish everyone a happy VEWPRF and go off and hide somewhere until february so i don’t have to listen to another round of “Jingle Bell Rock”. 8/

One thought on “happy VEWPRF”